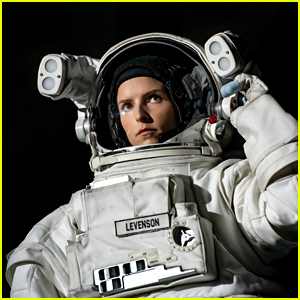 The new Netflix movie Stowaway is out now and it’s a suspenseful space film with a great cast that will leave you on the edge of your seat until the final moments.

Anna Kendrick, Daniel Dae Kim, Shamier Anderson, and Toni Collette are the only four actors seen on screen throughout the entirety of the film, which takes place completely in a spaceship on a mission to Mars.

Here is the film’s official synopsis: “On a mission headed to Mars, an unintended stowaway accidentally causes severe damage to the spaceship’s life support systems. Facing dwindling resources and a potentially fatal outcome, the crew is forced to make an impossible decision.”

Just like Netflix’s recent space movie The Midnight Sky, we have a feeling this one is going to be a hit for the streaming service.

Click inside for an explanation of the film’s final scene…

Keep reading for spoilers and an explanation of that final scene! 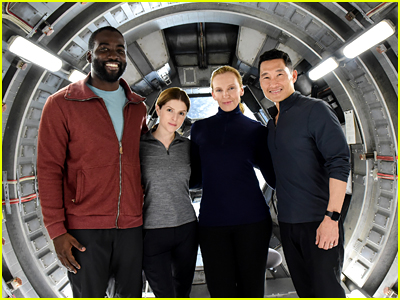 The movie begins with Zoe (Kendrick), Marina (Collette), and David (Kim) on a three-person mission to Mars and hours after they’ve already launched into space, they discover that a man named Michael (Anderson) was a stowaway on board.

We are never really given a clear explanation as to how he ended up inside the ceiling of one of the rooms, but he damaged a CO2 scrubber while in there. They are unable to turn around and return to Earth, but they don’t have enough resources for all four of them to make it to Mars alive. Marina figures out that they do not have enough oxygen for a fourth person and tells Zoe and David that they have to kill Michael.

Zoe convinces Marina and David that they should wait to tell Michael until they’ve exhausted all possible solutions to fix the oxygen problem. Marina gives them 10 days.

Fast forwarding a bit, Zoe realizes that the tank that is floating above the ship might have some oxygen remaining inside of it, so she climbs the tower with David to see if they can fill some tanks. After filling one tank, a solar storm is discovered on the ship’s radar and they only have 20 minutes to get back inside. In the panic to get back inside the ship, Zoe drops their one tank and it floats off into space. 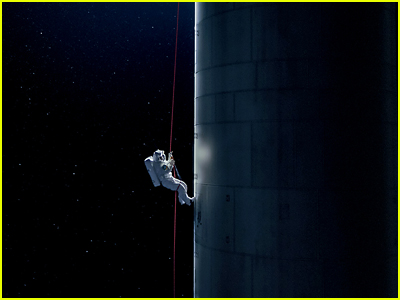 Now that all four crew members are back inside the ship, the solar storm is passing by and they realize that the only way for them to survive is by getting that final oxygen tank from the other side of the tower. Marina has a broken arm and Michael doesn’t have training, so neither of them can go. Zoe and David both volunteer to risk their lives to get the tank, but Zoe tells David she wants him to return home to be with his wife and child.

Zoe goes back outside into space and climbs up the tower to retrieve the oxygen tank. When she returns to the ship, we can see that her body and her spacesuit are both deteriorating from the radiation poisoning. She has accepted her fate and sits outside the spaceship while waiting to die. While we never see her die on screen, it’s clear that she only has moments left before she passes away.

Anna recently responded to the idea of starring in a highly anticipated upcoming movie.