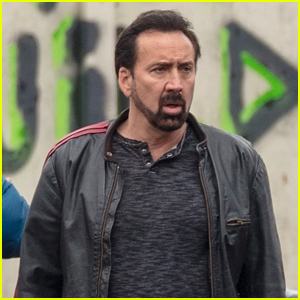 Nicolas Cage is hard at work on his new horror film Wally’s Wonderland!

The 56-year-old Next actor was spotted on set on Wednesday (February 5) in Atlanta.

PHOTOS: Check out the latest pics of Nicolas Cage

Nicolas Cage donned a black and red jacket with sunglasses, holding a sack in his hand.

A classic car was also seen on set.

Here’s the synopsis for Wally’s Wonderland: ” A quiet drifter is tricked into a janitorial job at the now condemned Wally’s Wonderland. The mundane tasks suddenly become an all-out fight for survival against wave after wave of demonic animatronics. Fists fly, kicks land, titans clash — and only one side will make it out alive.”

National Treasure 3 is also in the works at Disney. Get all the details here!