Olivia Munn Previously Talked About Being ‘Obsessed’ with John Mulaney 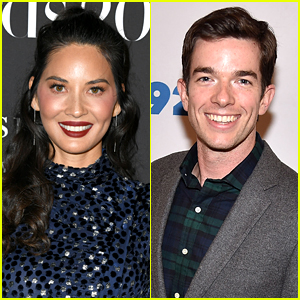 An interview that Olivia Munn gave back in 2015 has resurfaced amid the news that she is dating comedian John Mulaney.

The actress previously opened up to HuffPost Live about attending a wedding that John and his now estranged wife Anna Marie Tendler were both at as well.

Click inside to find out what she said at the time…

“We were at a wedding together and I was like ‘Oh my gosh, do you and your fiancé want to go have dinner or something and go hang out?” Olivia said.

She continued, “At first it was cool, and then I kept going up to him at the wedding like ‘So, you having fun?’ I was just so obsessed with hanging out with and talking with him.”

Olivia said that she emailed John, but never heard back. She said, “I might’ve got the wrong email — probably. That’s what I tell myself.”

Well, flash forward to last week and John‘s split from his wife was announced and days later, it was revealed that he is reportedly dating Olivia now.

A tweet that Olivia wrote in December 2020 is also getting attention amid the new relationship.