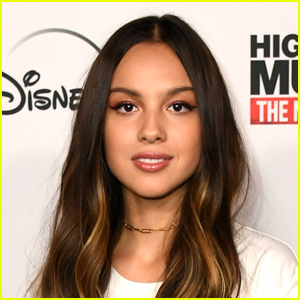 The 18-year-old “Drivers License” star called in for an interview on RADIO.COM LIVE Check In.

During the conversation, she talked about receiving a letter from Taylor Swift and some of her favorite lyrics from the folklore superstar.

“I actually don’t know her at all. I think we’ve met once or twice in passing, but I’ve never had a conversation with her so, I don’t think I could write a song that was meaningful or emotional about somebody that I don’t know. But I think artists should be able to write about whatever they want to write about,” she said.

She also called the “Drivers License” sketch on SNL “the biggest compliment in the whole world”, and revealed that Pete Davidson is her celebrity crush!

“Pete Davidson, who is my biggest celebrity crush, was singing it and comparing me to Taylor Swift, who is my idol like…it was just insane. It was my 18th birthday too, so it was just a crazy day,” she gushed.

At the same time, Olivia Rodrigo keeps on breaking all kinds of records with her song!