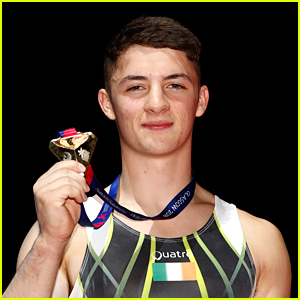 Fans were shocked to see that the beds in the Olympic Village, where athletes are staying during the Toyko Olympic Games, are made of cardboard.

Many were shocked that top athletes were expected to rest and recharge on beds constructed out of cardboard, and rumors began swirling that the beds were to deter competitors from sexual activity while competing. There have been dozens of COVID-19 cases linked to the Olympics thus far, and many wondered if these beds were another way to deter close contact.

Irish gymnast Rhys McClenaghan put the rumors to the test, and made a video as proof.

Rhys McClenaghan posted the following video to his Twitter to prove that the beds are very durable.

“Anti-sex” beds at the Olympics pic.twitter.com/2jnFm6mKcB

The Olympics kick off on July 23 and last until August 8. Check out all of our coverage!