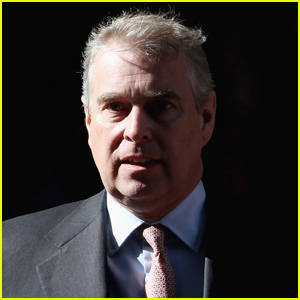 Prince Andrew is being served.

The 61-year-old son of Queen Elizabeth was served court papers after his police guards and security were reportedly first ordered not to accept them, via Page Six on Friday (September 10).

PHOTOS: Check out the latest pics of Prince Andrew

Cesar Sepulveda filed an affidavit in the Manhattan federal court lawsuit brought by Virginia Roberts Giuffre confirming he served the papers to the royal at his Royal Lodge home at 9:30 a.m. on August 27.

“The security there had been instructed not to allow anyone attending there for the purpose of serving court papers onto the grounds of the property and at the time they had been told not to accept service of any court process,” the paperwork reads, adding the court appointee was “also advised at that time that anything left there would not be forwarded” to Prince Andrew.

He then left the papers with the officer at the gate, which “is consistent with the provisions for service.”

According to ABC News, Virginia Roberts Giuffre filed the paperwork and accused the disgraced royal of sexually abusing her at Jeffrey Epstein‘s Manhattan mansion and elsewhere when she was under the age of 18.

The lawsuit claims Virginia was “forced to have sexual intercourse with Prince Andrew against her will” at the behest of Jeffrey and accused madam Ghislaine Maxwell.

She claims she suffered “substantial damages” from “extreme emotional distress, humiliation, fear, psychological trauma, loss of dignity and self-esteem, and invasion of her privacy.”

Prince Andrew has repeatedly denied the claims, including a BBC interview in which he said he had “no recollection of ever meeting this lady, none whatsoever.”

He has made no public statement on the matter in quite some time, and has stepped back from life as a working royal because of it.

Click here to learn more details about the lawsuit.