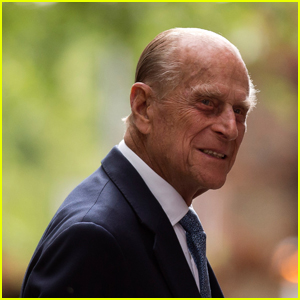 Prince Philip‘s wishes are not being made public anytime soon.

The late Duke of Edinburgh, who passed away at the age of 99 earlier in the year, has a will that will be kept secret for at least 90 years to protect the “dignity and standing’ of Queen Elizabeth, the High Court ruled, via BBC.

Following the death of a senior member of the Royal Family, the court is asked to seal their wills, meaning that the public will not be able to have access to the information. That court hearing was held in July by senior judge Sir Andrew McFarlane, who heard arguments from lawyers representing his estate and the attorney general.

There will then be a private process to decide if it can be unsealed in 90 years.

Sir Andrew also said he is the custodian of a safe containing more than 30 envelopes, each containing the sealed will of a late member of the Royal Family.

“I have held that, because of the constitutional position of the Sovereign, it is appropriate to have a special practice in relation to royal wills. There is a need to enhance the protection afforded to truly private aspects of the lives of this limited group of individuals in order to maintain the dignity of the Sovereign and close members of her family,” he said.

He also said he had not seen Prince Philip‘s will or been told anything of its contents, other than the date of its execution and the identity of the appointed executor.

“I accepted the submission that, whilst there may be public curiosity as to the private arrangements that a member of the Royal Family may choose to make in their will, there is no true public interest in the public knowing this wholly private information,” he also said.

Earlier in the summer, Peter Phillips opened up about his grandfather, Prince Philip‘s funeral, nearly four months after the event was held in early April.