Rebel Wilson Reveals Why She Decided to Lose 65 Pounds 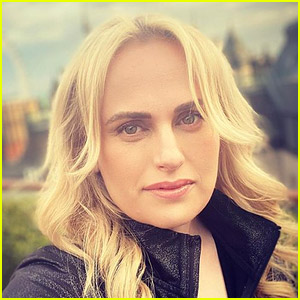 Rebel Wilson is revealing the reason why she decided to lose 65 pounds over the last year.

If you don’t know, the 41-year-old actress dubbed 2020 her “Year of Health” and documented reaching her goal weight.

Now, she answered a fan question why she decided to lose weight.

“That is such a massive question, but I’m going to try to answer it for you,” she replied during an Instagram Q&A. “It first started when I was looking into fertility stuff and the doctor was like, ‘Well, you’d have a much better chance if you were healthier.’”

She did say her doctor’s comments “offended” her “a bit,” saying she felt “pretty healthy.” She continued, “That’s kind of what started it, that if I lost some excess weight that it would give me a better chance for freezing eggs and having the eggs be a better quality. It wasn’t even really myself, it was more thinking of a future mini-me, really.”

“Everybody’s journey is different, and it’s not a race or competition,” she added. “I’ve always been a bit of a late developer. I started acting when I was turning 19, which is quite late. And when I came to America as an actress, I was almost 30, which again, is quite late. So I try not to compare myself to other people.”

If you don’t know, Rebel recently opened up about her struggle with fertility.