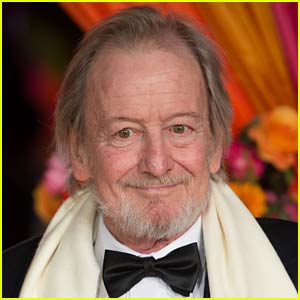 Ronald Pickup has sadly passed away at the age of 80.

The actor was best known for his roles in the movie The Best Exotic Marigold Hotel and the Netflix series The Crown.

Pickup‘s agent told the BBC that he “passed away peacefully yesterday after a long illness surrounded by his wife and family. He will be deeply missed.”

In The Best Exotic Marigold Hotel and the film’s 2015 sequel, Pickup played Norman Cousins. He later played the Archbishop of Canterbury in season one of The Crown and he also appeared in the Oscar-nominated movie Darkest Hour in 2017.

Pickup began his career in the theatre and the National Theatre in the UK tweeted a tribute to him.

“We’re very sad to hear that Ronald Pickup has died. Ronald was an exceptional actor and had a long history with the NT, starting with 1964′s The Royal Hunt of the Sun,” the National Theatre tweeted. “He went on to feature in 36 of our productions, and was a regular at The Old Vic under Laurence Olivier.”

We’re sending our thoughts and condolences to Ronald‘s loved ones during this difficult time.