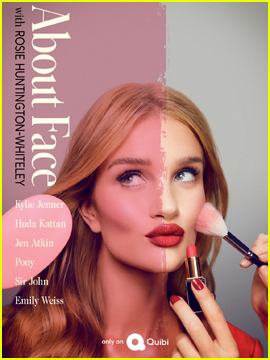 The trailer for Rosie Huntington-Whiteley‘s new Quibi series has been released!

The 33-year-old model and businesswoman stars in the new beauty series About Face, which will be released on the streaming app on Monday, August 10th.

PHOTOS: Check out the latest pics of Rosie Huntington-Whiteley

In About Face, Rosie “explores the entrepreneurship that built the beauty empires of Emily Weiss, Huda Kattan, Jen Atkin, Kylie Jenner, PONY Syndrome, and Sir John. From tenacity to triumph, the series tracks the trajectories of the artists who shape tastes and blaze trails. Intimately told, About Face is a celebration of grit, diligence, and ingenuity.”

Rosie also serves as an executive producer on the six-episode show.

If you missed it, Rosie recently showed off his hot bikini bod during a day at the beach in Malibu!