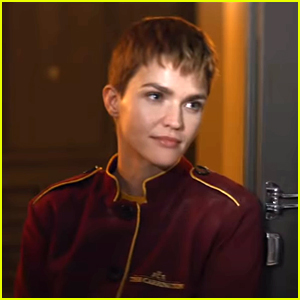 Ruby Rose is taking over the action world!

The first trailer for the 34-year-old actress’s movie, The Doorman, was released this week.

The movie centers on a former Marine turned doorman at a luxury New York City high-rise must outsmart and battle a group of art thieves and their ruthless leader – while struggling to protect her sister’s family.

The Doorman will be out on Digital and On Demand October 9 and on Blu-ray and DVD October 13.

Currently filming on location in Biloxi, Mississippi, Vanquish follows a retired police commissioner (Freeman) who blackmails his caretaker (Rose) by kidnapping her daughter, forcing her into helping him double cross his team of dirty detectives in an attempt to clean up the city.

Just recently, Ruby opened up about the things that contributed to her leaving her leading role on Batwoman.