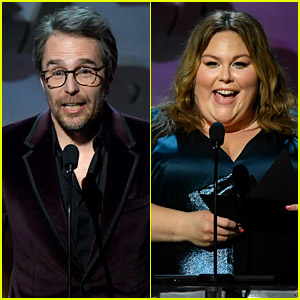 Sam Rockwell and Chrissy Metz appear on stage at the 2020 Directors Guild of America Awards on Saturday (January 25) at the Ritz Carlton in Los Angeles.

Leonardo DiCaprio was at the event to honor Once Upon a Time in Hollywood‘s Quentin Tarantino while Sam Mendes won the Best Director award for 1917.

60+ pictures inside of celebs at the DGA Awards…