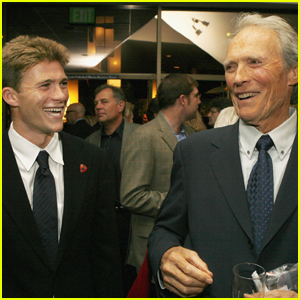 The 34-year-old Gran Torino actor and son of Clint Eastwood opened up in an interview with Access Hollywood‘s Mario Lopez about his dad’s forthcoming 90th birthday plans.

PHOTOS: Check out the latest pics of Scott Eastwood

During the interview, Scott revealed that they’re keeping things low-key for the celebration on May 31.

“You know we are just going to do a family thing. Very calm, very mellow. He doesn’t like birthdays,” he revealed, saying they’ll have a family lunch.

“We’ll sneak a cake in there, definitely,” he added.

Scott‘s new movie, The Outpost, is heading to theaters in July. The film centers on the 2009 attack by 400 Taliban insurgents in the Battle of Kamdesh in the Afghanistan War. Bravo Troop 3-61 CAV became one of the most decorated units of the 19-year conflict. Find out who else stars in the film!