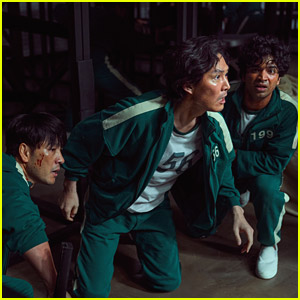 Squid Game is reigning supreme on Netflix, and has officially overtaken Bridgerton to become the streamer’s biggest show ever.

According to a report (via Deadline), Netflix has estimated that the Korean drama series drew 111 million viewers in its first month on the platform.

The previous record, which was set by regency era series, Bridgerton, was 82 million households.

Netflix counts any sampling of at least two minutes of any episode as an official view.

Lee Jung-jae, Jung Ho-yeon, Park Hae-soo and Wi Ha-joon star in the show, which centers on 456 desperate contestants that compete with each other in a mysterious and deadly survival game involving multiple rounds of childhood games to win 45.6 billion won prize money that can pull them out of their misery.

If you missed it, Halloween costumes inspired by the show are already on sale, and be sure to check out these other Korean dramas on Netflix, too!

Find out more about if a second season of the popular show here!