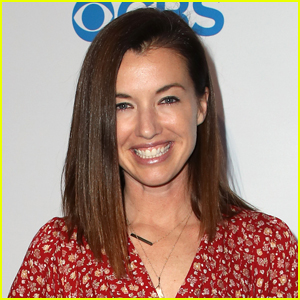 Parvati Shallow is hoping to get a restraining order.

Parvati filed for divorce on August 24 after nearly four years of marriage, citing irreconcilable differences. And in legal documents filed days after, her estranged husband asked a judge to deny her request for protection.

Parvati‘s restraining order request asks that John does not “harass, attack, strike, threaten, assault (sexually or otherwise)” her or “contact, either directly or indirectly, [her] in any way.”

She also wants him to stay at least 100 yards from her and her home, workplace and vehicle, plus supervised visitation for their 3-year-old daughter, Ama.

He responded in legal paperwork obtained by Us Weekly by describing an August 20 incident, during which he and Parvati allegedly disagreed on whether Ama should sleep at a friend’s home.

“During the argument, which lasted a few minutes, Parvati and I both raised our voices. Parvati was sitting on a couch during the argument. I was standing. At the end of the argument, I walked over to the couch where Parvati was sitting. I reached forward and grabbed Parvati’s phone which was on the couch. Parvati swung her arms and hands at me when I picked up her phone. Parvati hands touched my arm and my torso. I grabbed the phone and walked away, toward the front door of the house,” he claimed, adding he “did not ‘unlock’ Parvati’s phone” and that he “began to walk away.”

Police were reportedly called, and they “interviewed the adults at the house” and “made no arrests.”

“I did not hit, kick, push or in any other way have any physical contact with Parvati at any time [that night],” he also stated.

Parvati claimed that he “got in my face” and was “verbally and physically aggressive” during the disagreement.

“It made me feel really scared, like he’s crossed a line and his rage has overcome him and that he can’t stop himself,” she said, adding that she “didn’t feel safe going anywhere with [John]” that night. She says he also told her: “I don’t care about you. I hope you kill yourself. You can walk into traffic. You can jump off a cliff. I hope you put a gun in your mouth and blow your brains out.”

If you or someone you know is experiencing domestic violence, please call the National Domestic Violence Hotline at 1-800-799-7233 for confidential support.

These couples have also announced their split recently.