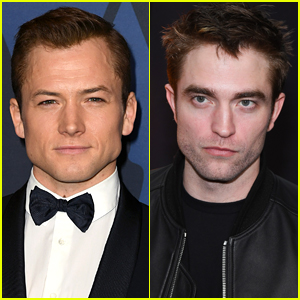 Robert Pattinson was forced to drop out of the upcoming romantic drama thriller Stars at Noon.

It was just announced today that Taron Egerton will be taking on Robert‘s role in the movie, which is based on the Denis Johnson novel of the same name.

The reason why Robert had to exit the film was because of “conflicting shooting commitments.”

According to THR, “The film is set in Nicaragua amid a period of violence and political turmoil.” Taron will play an employee of a British oil company who becomes intimate with a reporter, played by Margaret Qualley.

If you missed it, Robert was once asked what it’s like to be “superlatively hot” and here’s how he responded!