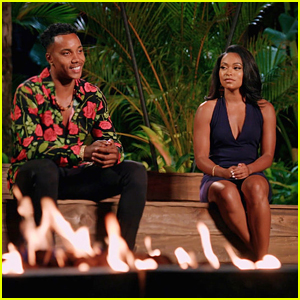 While Temptation Island ending on one happy note, another couple did not fair so well.

Erica Washington and Kendal Kirkland had a dramatic reunion on the special show following the finale, where they both confronted what happened on the show and afterwards.

The couple had entered the show with a “no rules” rule, and with that, Kendal had not just been seen in bed with one woman, but two.

Kendal had attempted to defend his actions to Erica at the beginning of the show, but she wasn’t having it.

“I feel like when you’re in a relationship, even if you go into this experience and say, ‘No rules,’ I shouldn’t have to tell my partner, ‘Hey, don’t cheat on me,‘ or ‘Hey, don’t disrespect me,’” Erica shared on the reunion special. “That’s what I expected from him.”

During the final bonfire, Erica had chosen to leave alone and not with anyone, while Kendal went home with Alexcys.

However, that didn’t last long either for him.

“I feel bad that you had to deal with a man like Kendal. Honestly, you deserve the best,” Alexcys told Erica on the reunion.

She then turned to Kendal and said that she “thought everything was very genuine. I felt played at the end [about] every choice you made on the island.”

She added, “I hung out with him once, once we got back. I basically ghosted him afterward. I wasn’t OK with how I felt on the island…I’m upset that it didn’t end sooner.”

See what fans are saying about Kendal below…

Thank GOD Erica told him to fuck off!!!! #TemptationIsland

You go girl! Erica is really leaving without the garbage known as Kendal! #TemptationIsland pic.twitter.com/21MgBu1mJR

Kendal was really surprised Erika was ready to leave the island alone w/o shedding a tear. Then say she cheated too smh fuckboys will say anything to validate the bs they do #TemptationIsland #TemptationIslandReunion pic.twitter.com/RP23aAyVX7

I have NO COMPASSION for Kendal. #TemptationIsland

Kendal is the BIGGEST PIECE OF SHIT I've ever seen on reality tv. On behalf of all women…KICK ROCKS, FUCKBOY. #TemptationIsland