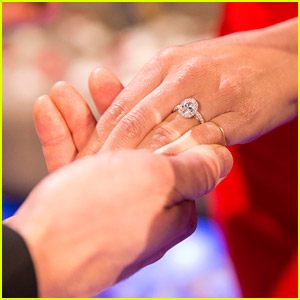 Internet sleuths think they figured out who the next Bachelor is and it’s all based on some photos that have been revealed of what seems to be a promo being filmed in the man’s hometown.

We previously found out the choice might be a man from Michelle Young‘s upcoming season.

Now, new photos have emerged and seem to suggest which contestant it is that might have been chosen!

It appears as if the man who was seen filming a promo for ABC is Clayton Echard, a 28-year-old orthopedic sales representative. The filming happened in Eureka, Missouri, which is where Clayton resides. E! News has photos of the filming.

Reality Steve, who specializes in spoilers for The Bachelor franchise, added his two cents, saying, “We’ve seen them in the past shoot intro videos for people who didn’t end up getting the lead role, but based on last weeks news, and now these pics, looks like Clayton Echard is going to be the next Bachelor.”

We’ve embedded some photos of Clayton from his personal Instagram below!