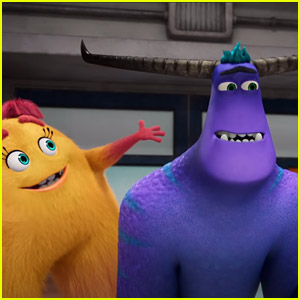 The first official trailer for Monsters at Work has arrived!

The continuation of Monsters, Inc. kicks off just a day after the end of the original movie, when the entire factory is turned from scaring to laughing.

Click inside to check out more about the show and watch the trailer!

Here’s a full summary: The series centers on Tylor Tuskmon (Ben Feldman), who is an eager young monster who graduated top of his class at Monsters University and always dreamed of becoming a Scarer until he lands a job at Monsters, Incorporated, and discovers that scaring is out and laughter is in.

After Tylor is temporarily reassigned to the Monsters, Inc. Facilities Team (MIFT), he must work alongside a misfit bunch of mechanics while setting his sights on becoming a Jokester.

Returning to the series are Billy Crystal and John Goodman as Mike and Sully, as well as Pixar good luck charm, John Ratzenberger, Jennifer Tilly and Bob Peterson.

Monsters at Work is set to premiere on Friday, July 2 on Disney+.