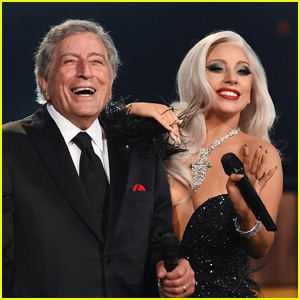 Tony Bennett is not making the wait for Lady Gaga‘s new album any easier!

The 93-year-old crooner, who famously teamed up with the 34-year-old “Stupid Love” pop star for their album of standards Cheek to Cheek in 2014, confirmed some good news about her new album, Chromatica, on Instagram.

PHOTOS: Check out the latest pics of Lady Gaga

Gaga recently unveiled the album cover for Chromatica on her Instagram, which resulted in a lot of celebrity reactions in the comments.

“A striking visual for an incredible album!” Tony commented on the album artwork reveal.

Gaga recently opened up about the idea of kids, as well as her mental health. See what she said…