Tyler, The Creator Apologizes To Selena Gomez Over Past Comments 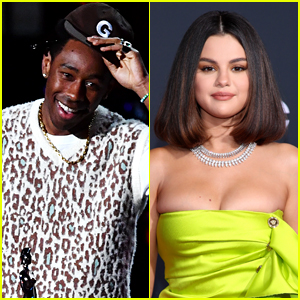 Selena Gomez has gotten an apology from Tyler, The Creator in the form of a song.

The rapper used his song “Manifesto” from his latest album, Call Me If You Get Lost, to apologize to the singer and actress for his past comments about her.

A few of Tyler‘s past tweets about Selena resurfaced, and they featured inappropriate language towards her, when she was only 19 at the time.

The lyrics where the apology is at read: “I was a teener, tweetin’ Selena crazy s–t. Didn’t wanna offend her, apologize when I seen her. Back when I was tryna f–k Bieber, Just-in.”

Tyler references her past relationship with Justin Bieber, whom she was with for about seven years, on and off.

In a 2013 interview, Tyler admitted he didn’t along with his friend’s girlfriend.

“No, we don’t like each other,” he admitted. “Cause, you know like kicking it with Justin, that’s my homeboy—she always be mean mugging me. Like why are you hating on me?”

Listen to “Manifesto” below: