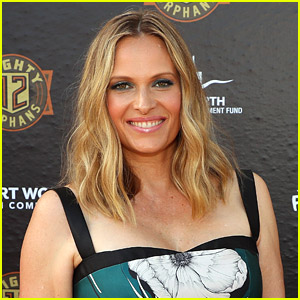 Vinessa Shaw is opening up about the upcoming Hocus Pocus sequel.

In a new interview, Vinessa mused about the second planned movie and if she’d be involved.

The Hocus Pocus sequel was announced last year, with Bette, Sarah and Kathy returning as the Sanderson sisters.

However, there wasn’t any intel on if Vinessa, Omri or Thora would return.

“I haven’t heard anything,” she told Entertainment Tonight on her possible involvement. “I know, it’s so disappointing.”

Vinessa added, “I would love to do the sequel. It would be so much fun. I think there’s just a different storyline with younger people, but why can’t we all come back in some way?”

She did muse about if Allison and Max would still be together.

“I feel like she and Max are still together,” she said, adding that she thinks “Allison’s from Salem and he always wants to be in California. I think they did some sort of compromise and maybe she’s in Salem when the witches come back, you know, visiting her mom or something.”

Hocus Pocus is airing throughout October as part of Freeform’s 31 Nights of Halloween.