White House Asks Dr. Oz to Resign, He Refuses & Reveals Their Email to Him 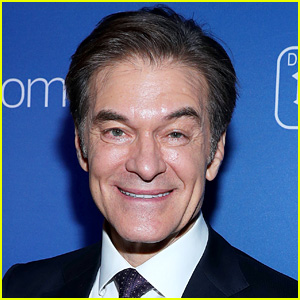 Dr. Mehmet Oz was asked to resign from the President’s Council on Sports, Fitness & Nutrition, to which he was appointed by Donald Trump.

The 61-year-old Turkish-American television personality, author, and Republican political candidate revealed the news on Twitter, and also revealed the email he received from the White House on behalf of President Biden.

He announced that he will not be resigning from the position. Many on Twitter believe he should resign and he took to the platform later to release a video statement on his stance.

However, Twitter is pointing out that he HAS to resign due to the Hatch Act. According to CNN, “Members of the President’s Council on Sports, Fitness, & Nutrition are considered special government employees, who, per the Hatch Act, ‘may not be candidates in partisan elections” while conducting official government business.’”

Find out why Dr. Oz decided to run for Senate.

Clearly, Joe Biden can’t be around anyone who doesn’t completely fall in line with his fear-mongering authoritarian one-size-fits-all COVID handling. I am proud of my service and will not resign. pic.twitter.com/EP1vHWATp4

I received this letter on behalf of @POTUS requesting I resign from the President's Council on Sports, Fitness & Nutrition. It’s sad that he would politicize such an important issue like health. The doctor he should ask to resign is Dr. Fauci, for a multitude of obvious reasons. pic.twitter.com/fJaVLKVWOC