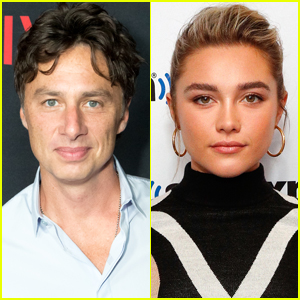 MGM studios is currently in final negotiations to acquire the rights to the 45-year-old actor’s next movie A Good Man, which he has written and will be directing, The Wrap reports.

According to reports, MGM will release A Good Man in the United States through their joint distribution and marketing label, United Artists Releasing. Production for the movie is hoping to begin this fall.

Zach‘s girlfriend Florence Pugh is set to star in the movie alongside Morgan Freeman.

According to Deadline, “The film will follow Allison (Pugh), whose life falls apart following her involvement in a fatal accident. In the following years, it is the unlikely relationship she forms with her would-be father-in-law (Freeman) that helps her live a life worth living.”

If you didn’t know, Zach and Florence have been quietly dating since 2018.

The couple have received criticism over their age difference throughout their relationship. Florence has publicly defended their relationship a number of times and shared her thoughts about the public scrutiny.