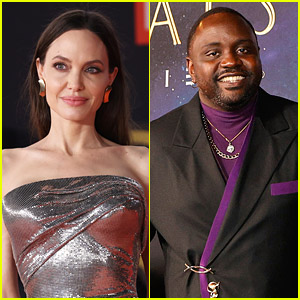 Angelina Jolie is opening up after hearing the decision to not air Eternals in several Arab countries over the fact that there is a gay character, and marriage, in the movie.

The 46-year-old actress, who plays Thena in the flick, told Australia’s News.com that she feels sad for those living in those countries.

“I’m sad for [those audiences],” she shared, adding that she’s “proud of Marvel for refusing to cut those scenes out.”

Angelina continued, “I still don’t understand how we live in a world today where there’s still [people who] would not see the family Phastos has and the beauty of that relationship and that love. How anybody is angry about it, threatened by it, doesn’t approve or appreciate it is ignorant.”

The movie features Phastos, played by Brian Tyree Henry, as an openly gay superhero who is married to Ben (Haaz Sleiman), and the two share a kiss during one scene in the film.

Eternals is out in theaters now nationwide.