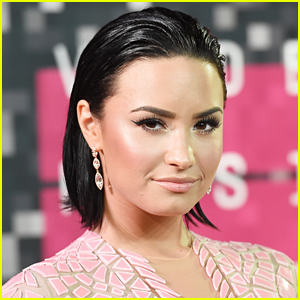 Demi Lovato is getting backlash.

The 29-year-old “Sorry Not Sorry” singer announced a paid promotion for conspiracy website Gaia, and some fans are not thrilled about the contents of the website.

The video platform is described by Daily Beast as “filled with hoaxes about sinister aliens, vaccines, world-spanning cabals, and reptilian overlords.”

While the site also includes yoga videos, Demi made it clear that their interest is in “understanding the world around us (the known and the unknown)” in their announcement.

Supporters can view a free episode of a Gaia show about an “ancient space program” before signing up for a $11.99 monthly Gaia membership, and features “handpicked” favorites from Demi suggesting that Atlantis was real and that humanity is living in the aftermath of a battle between giants and reptilians.

The site has also been previously described as a “hub for QAnon,” featuring “high-profile conspiracy theorists that have been deplatformed by leading social media sites.”