‘Ex on the Beach’ Star Chris Pearson Dies at 25 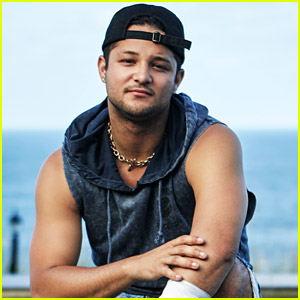 Chris Pearson, one of the original stars of MTV’s Ex on the Beach series, has sadly died at the young age of 25.

TMZ is reporting that Chris, a professional DJ, was the victim of a stabbing incident in Los Angeles.

The site says that Chris got into an “altercation early Sunday (October 10), around 2 AM, in L.A.’s San Fernando Valley, and the other person ended up stabbing him.”

However, after being transported to a hospital, Chris died around 3:30 AM from his injuries.

“We are deeply saddened to hear about the loss of Chris Pearson. Our hearts go out to his family and friends during this difficult time,” an MTV spokesperson told JustJared.com in a statement after the news broke.

Many of Chris‘s friends have started a GoFundMe for his family back in Colorado, with the page describes the circumstances of his death as a “tragic encounter.”

Chris appeared in 11 episodes of the MTV show, which brought castoffs from other reality shows together.

Sending our thoughts to Chris‘s family in this difficult time.