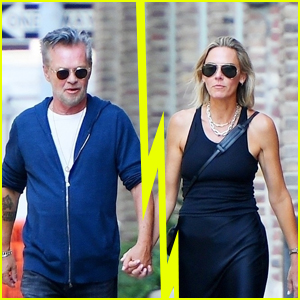 John Mellencamp and Natasha Barrett are no longer dating.

PHOTOS: Check out the latest pics of John Mellencamp

The two were confirmed to be dating back in June, after having already been in a relationship for a while. The two first met thanks to John‘s daughter and Real Housewives of Beverly Hills alum Teddi Mellencamp Arroyave.

They were also photographed holding hands and strolling through New York City in July.

“He is dating Natasha. He met her through his daughter Teddi Jo, who lives in L.A. They’ve been seeing each other for a few months. Everybody really likes her,” a source told the outlet at the time their relationship was first reported.

John Mellencamp was previously linked to Jamie Sue “Nurse Jamie” Sherrill, who he dated for nearly a year before a split earlier in the year. He split from ex-fiancée Meg Ryan in 2019.

Find out which celebrity couple also split in 2021.