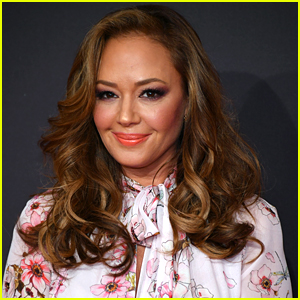 The Saved By The Bell showrunners are looking to the past for key cameos in the new series, which is currently airing season two on Peacock.

During a new interview with TV Line, executive producer Tracey Wigfield revealed that for season three, the show would love to bring back Malibu Sands, and Leah Remini.

Click inside for the Saved By The Bell scoop!

“From when I first pitched the show, it was always on my mind,” Tracey shared with the outlet, while thinking about the next season and beyond. “I think we’ve done a good job of, when we have OG cast or guest stars from the original, using them in a meaningful way and not just having them come back and say a line.”

As for Leah‘s return as Stacey Carosi, Tracey says that it “would be a dream of mine. So I would love to have her… do an arc where, obviously, she owns Malibu Sands now, she took it over as Mr. Carosi’s daughter.”

Over the summer, Leah opened up about her time on the show for a six episode arc, where she got involved with Mark-Paul Gosselaar‘s Zack Morris.

Find out what Mark-Paul shared about their chemistry on the show here!