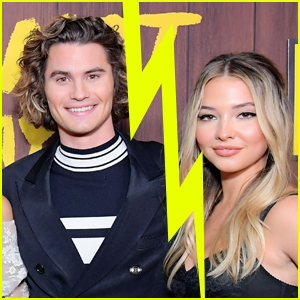 Chase Stokes and Madelyn Cline have reportedly called it quits.

Chase, 29, and Madelyn, 23, have broken up after more than a year of dating, sources shared with People.

“Madelyn and Chase are no longer together,” a source shared. “They were trying to work things out privately but broke up a couple of months ago.”

Another source says, “They are definitely broken up.”

Chase and Madelyn started dating after they met while filming the first season of the Netflix series Outer Banks.

The two first sparked dating rumors when they revealed they were quarantining together back in early 2020. They confirmed they were dating in June 2020. Several months later, Madelyn gushed about being in “love” with Chase.

Back in September, there were rumors that Madelyn and Chase had split, but nothing was confirmed.